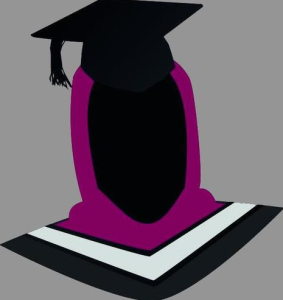 With the last council meeting we reach the end of the academic year and we slump into the fly-blown dog days of summer, when sabbatical officers and officers-elect can rest safely in the knowledge that the window of accountability will be closed, barred and nailed, and that nothing remains but to hand over to their hand-picked descendants and sit and scratch their laurels.

Still, never let it be said that the council year ended with a whimper. Although the year has been predominated by sectarian brickbats and a particularly stubborn amendment, the last meeting had in excess of seventy constitutional amendments, and although most of them were of a strictly terminological bent, the major news which emerged was that the role of the VP Campaigns is to be engulfed by the presidency and the eclectically assembled VP Community role is being merged with the VPCS to form the seemingly euphemistically titled ‘Student Activities’ officer, who will presumably help me co-ordinate an egging attack on the University of Ulster.

We’ve also got a jaunty flotilla of new unpaid officers, who’ll operate on a part time, unpaid basis, presumably living on conference catering and burning council agendas for warmth. Still, they outnumber the full time officers and with the mechanism to regulate their power on EMC falling because a handful of councillors visited the jacques, it could be jolly to see how their liberation comes into effect.

Each of these motions carried with it a number of very heated speeches, but oddly, all of the speeches were in favour of the amendments, with the opposition largely being the passive-aggressive ‘abstention’ flavour, rather than the hearty chocolate of objection. The only other relevant business was a smattering of NUS humbuggery, with a handful of councillors mandating that our delegates vote in favour of free education, and a smaller handful opposing on the grounds of ‘procedure’, or something equally impenetrable and irrelevant.

All that remains is for me to wish that you get what deserve in your exams, and reveal that I, mild-mannered VC Patrick Johnston have been writing this all along, you fools.