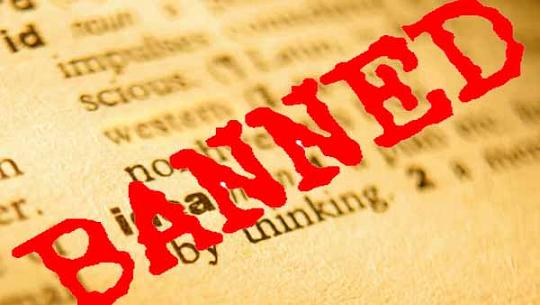 *TW: use of one homophobic slur*

I’m irritated– perhaps, Mr Mulvenna would assume, ‘triggered’– by this statement. And my freedom of speech, in response to this article, also says ‘so what’. So what if you think people being offended is heinous? So what if you think it’s awful that people might be forced to reconsider their vitriolic and senseless words before they let them pour out of their mouths? So what if you don’t think Ghostbusters 2016 is all that great?

Common sense dictates that under-qualified, controversial and unacademic speakers, who do not seek to inform rather than influence, should not be given a large platform at academic institutions. Common sense dictates that most things in life are multi-faceted, complex things; that making general statements such as “a certain religion isn’t all that peaceful,” are completely unhelpful given that statement could apply to every religion in the world as all have at least one small ideological variant that advocates violence. Common sense dictates that 13 year old boys should be protected from having sex with men twice their age– and that those who believe otherwise should not be given lucrative book deals (if they wish to self-publish then they should of course be allowed to do so– they simply shouldn’t expect others to condone them).

It should be common knowledge that offended and triggered are not synonymous terms. Some people undoubtedly misuse the term ‘triggered’– yet, for those who have suffered traumatic events, it is a very real feeling. It is not suppressing free speech to use politer synonyms for emotive words, or if one must use words associated with discrimination or abuse, to give a warning beforehand. It simply makes sense and shows basic decency. That’s why movies have a rating system and a content advisory; without one, I would have eagerly gone to see ‘Wiener Dog’ assuming it was something whimsical and cute when in reality it involves gore and death. I saved £4 and a whole lot of shock I didn’t need.

Common decency is perhaps rarer than common sense. I am not suggesting you can never use harsh words; I am not suggesting something ludicrous like refusing to call a murderer what he is for fear of upsetting his mother; but there is no need to use derogatory archaic terms if you have been repeatedly told they cause real upset. If you insisted on calling me Shirley, when I told you a hundred times my name is Bonnie, that would be rude. If people don’t want you calling them a name, or a gender, or a slang word for their race, then don’t. Whether or not a word is banned (which I find hard to believe would ever happen, let alone be enforceable), you should have the decency not to use it if it has hurtful and abusive connotations.

I don’t expect this article to change the opinions of those who have seem to find the thought of harmony, tolerance and change so traumatic. I don’t expect those with childish beliefs to listen to reason now, as much as I think they would be happier if they did. But I know this is right. I know that this attitude brings happiness. I know that, while there should still be room for debate and criticism, we should not judge and label. People should be given respect and dignity for their identity; it is their beliefs and actions we may criticise and take action against, not their race, religion, gender, sexuality or nationality.

People have the right to offend– they simply shouldn’t be surprised when people also have the right to be offended. Free speech has consequences. Free speech gets a response. While you’re complaining that people are responding negatively to your free speech, you’re suggesting they shouldn’t have their right to speak as well. I only hope, however, that one day we learn to do it nicely with a little bit of dignity.